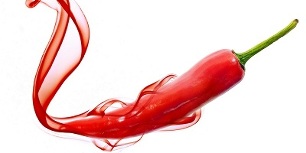 Discharge in men in an excited state is considered a natural physiological phenomenon. The action that takes place in the organs of the reproductive system has received the medical term - libidinal urethral rhea.

The natural appearance of fluid is not a problem, but in case of pathological processes, other types of secretions, the intervention of doctors is necessary.

The ejaculant is released at the initial stage of intercourse, in a state before orgasm. The mucus neutralizes the residual acidity in the vagina and urethra. Nature has taken care to prepare a favorable atmosphere for sperm without the presence of an acidic environment.

There is no set amount of secreted mucus, the volume is individual. With an increase in sexual desire, the amount of discharge during an erection increases. Starting with a few drops and ending with 5 milliliters. Fluid can be released with a low sperm count, which does not provide adequate protection against pregnancy when sex is interrupted. The composition of the liquid itself does not contain semen, but part of the semen ends up in the pre-semen.

All introspection options are excluded, as the situation may worsen. The presence of discharge for diagnosis is not enough, but the released substance may indicate pathology. Some diseases have specific specific discharge without secondary symptoms.

The type of discharge depends on the stage of neglect of the disease, the type of disease, the characteristics of the organism, it is detected exclusively during a deep diagnosis under the supervision of a doctor. Before the visit, drugs, including antibiotics, are not taken, since these drugs distort the clinical picture, which prevents the establishment of the correct diagnosis with the selection of the appropriate treatment.

Sometimes this natural discharge has an unnatural smell. The fat-producing glands located in the region of the head and foreskin secrete fluid, which accumulates under conditions of poor hygiene, causing an artificial odor. 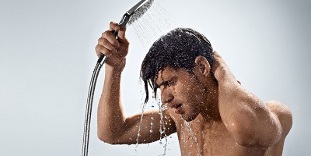 Smegma can be excreted in abundance, promoting the penetration of pathogenic bacteria.

More attention should be paid to men 16-25 years old, at this age the body has increased sexual characteristics. To remove smegma, it is necessary to wash the penis completely twice a day using antibacterial soap.

The abundance of a whitish plaque, which has an unpleasant and harsh smell, is attributed by many men to smegma, which often hides the real problem: chlamydia, gonorrhea, thrush.