There are situations when at the right time, even in the absence of pathologies, a man cannot be aroused. As a result, there is no erection, sex has not taken place, the woman is unhappy. Stress, work that requires mental or physical stress and concentration leaves a negative mark. There are many ways a man can be turned on if he is not in the mood for sex, but the need is there.

Sexual arousal is the product of the activation of a complex reflex system involving the nervous system and the genitals. The body collects signals from the external environment and, by means of impulses, sends them to the brain and spinal cord, which already gives control to the genitals.

By nature, men have three modes of sexual arousal:

For many men, arousal occurs under the influence of certain factors (fetish). These may include: clothes (nurse's dress, flight attendant uniform), smells, tone of voice, gait, gestures. Even if the woman as a whole is not to a man's taste, but something about her is the object of a fetish, sexual arousal will arise.

During foreplay you can use all of the above possibilities. The more open a man is, the easier it will be for a woman to turn him on.

The degree of excitement depends on several factors:

The above circumstances often do not lend themselves to correction. You can work with a psychologist, take hormonal drugs, but the situation will not dramatically change, problems with natural arousal remain.

How to get the result

It is possible to achieve sexual arousal and increase its degree (provided that the man is in good health) using external factors. Sometimes a man himself does not know what circumstances can lead him to have sex, so there is no need to be afraid to go beyond the classics of sex.

Behavior of the woman

A woman can both inspire a man to a sexual exploit and deprive him of all desire. For this sometimes a word is enough, which will emphasize dignity (although to a certain extent it will be flattery) or impose a serious complex.

A man subconsciously chooses a woman who suits his temperament. That is why sexologists recommend not to rush into intimate contact, but first to devote enough time to communication, studying the nature of a potential partner. Some men like modest and delicate women, others like coarse and dominant women. An error of choice will inevitably lead to frustration and decreased arousal during sex. 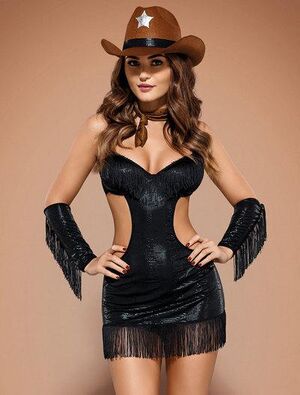 Role-playing costumes are an opportunity to diversify your intimate sex life. With a little imagination, a man can go crazy with stockings on which an arrow is erotically visible.

In modern conditions, obtaining interesting attributes is not difficult, the question is in the price. Just type a query into a search engine and it will bring up a whole list of resources where you can anonymously purchase sex toys, fetish items, clothing, and accessories.

Some women are embarrassed by the peculiarities of their body, they are pinched, they do not accept positions that turn a man on, which confuses him and his sexual mood. In this regard, sex therapists claim that appearance is important, but not always the determining factor. If a man does not make complaints, then there is no need to offer complexes and thus spoil sex.

Many men get turned on by “voice guidance” during foreplay and sex. Sighs, moans, inhaled whispers, even screams - these factors at the subconscious level make it clear to a man that he pleases a woman. It stimulates other actions, flatters pride to a certain extent, stimulates sexual arousal.

However, everything is individual here. Some men don't like loud women. The reason may be, for example, in the reaction of neighbors, the rejection of the partner's voice. Someone is embarrassed by women who are too calm - there is no reaction to understand whether they like what is going on or whether they are just suffering from politeness. Such reflections are not conducive to increasing excitement.

The human body gives off invisible substances-pheromones (each has its own), which enter the body of the partner and cause there a certain unconscious reaction. Sexual harmony is the acceptance of one another at a biochemical level: enjoying the natural scent of the body, hair, even (fresh) sweat.

There are smells that repel everyone (stale breath, unwashed body, harsh, cheap scent). Subsequently, even if the woman smells perfect, the negative perception fixed in the subconscious will remain and will interfere with sexual arousal.

What you can try to increase a man's sexual desire:

Kitchen and animal smells do not stimulate excitement. You can buy a special aphrodisiac spray for laundry and air spraying.

Different types of aphrodisiacs can be purchased from pharmacies and online resources: drops, sprays, lubricants, tablets. When it comes to the latter, many mistakenly believe that a popular pill or other drug from the PDE-5 inhibitor (enzyme) series will help them wake up quickly. These pills only work when the desire for sex has already arisen. Their task is to widen the vessels of the penis and fill them with blood (maintain an erection for longer). This is impossible without substances that are released precisely at the moments of sexual arousal. Therefore, it is not worth buying expensive or cheap drugs of this class for the purpose of stimulating libido.

Chinese food supplements (balls, pills) are questionable. The same stimulating effect can be achieved by drinking a little tincture of ginseng or eleutherococcus.

Some men try to prepare pathogens on their own at home. Various warming ointments are taken as a basis, however, even in a microdose they can cause a burn on the head of the penis.

Both men and women have special tender points - erogenous zones. It’s not about the genitals. Where are the points on a man's body for arousal, even he himself does not always know. For some it is the nipples, for others - the earlobes, and some are instantly aroused when they touch the inner thigh or buttocks.

Such areas can be discovered by accident. So, a completely innocent massage often becomes a prelude to sex - a woman runs her hands in some places, presses on them, and a man suddenly feels signs of arousal instead of relaxation.

With these techniques, you can regain arousal and induce an erection again after the first time for a second intercourse. It should be noted that each man has his own length of the recovery period between intercourse. Up to 27 years of age, the capacity for re-excitation is high, for some 20 minutes is enough. But growing up, a man needs at least half an hour on average for at least relative recovery.

Although a man can only be aroused by touch, mental attitude is also important. The right mood will not only provide mechanical sex, but a pleasurable process, resulting in a lively orgasm (which is very beneficial for the prostate).

Lists of aphrodisiacs on topical resources often disappoint men and women with their lack of effect. They only increase arousal with regular use and provided they are of good quality (often not everyone can eat oysters for dinner).

In some men, an involuntary "riser" occurs some time after eating quail eggs, sour cream, nuts - an individual reaction.

Sexual arousal at the start of a relationship comes easily and quickly, and with a long relationship some effort will already be needed, and on the part of both partners. This has its advantages - if there is confidence in a couple, then the man and woman are familiar with each other's erogenous zones and fantasies, which contributes to arousal. If the libido persistently decreases, you should consult a doctor to rule out diseases. It can be prostatitis, endocrine disorders, without treatment, it will not be possible to return to the previous level of sexual arousal.